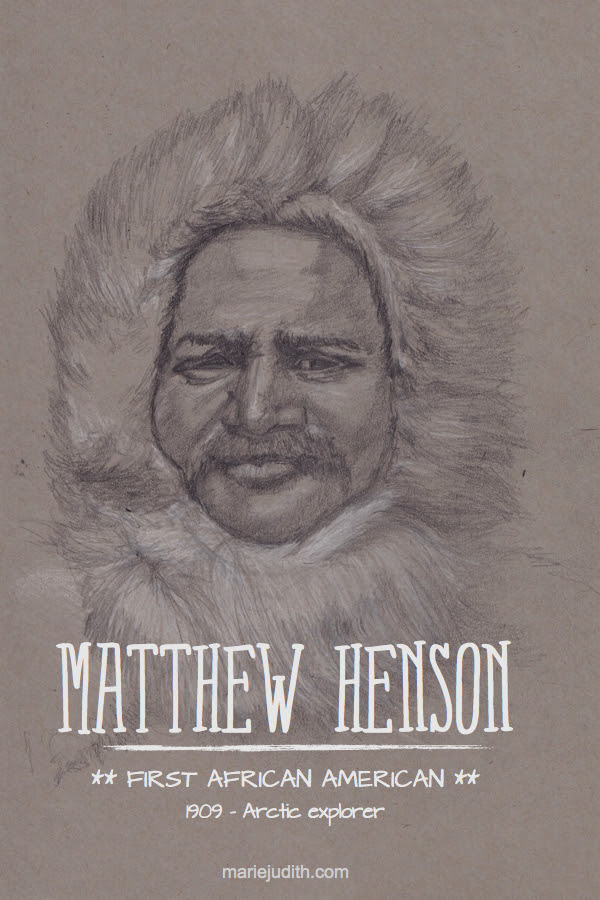 Matthew Henson had a rough start.  Born at the end of the civil rights movement, he lost both of his parents, and his uncle (guardian) before the age of 12. He moved on his own to Baltimore to become a cabin boy on a merchant ship, where the captain, Captain Childs, took him under his wing and taught him to read and write while traveling the world. Henson took this opportunity to learned how to navigate a ship while traveling the world under the captain's care. After his mentor passed away he went back to work on land  until he met Commander Robert E. Peary who recruited him to help with his expedition in Nicaragua.

Henson's impressive navigation skills convinced Peary to recruit him as his "first man" for his own expeditions. Their dreams of exploring the world eventually led them to the North Pole, where Henson was instrumental in the success of expedition to the North Pole in 1909. Henson had learned the ways of the Inuits and was able to communicate with them in their own language. He said to have been instrumental in the survival of the participants.

There are rumours that Henson reached the North Pole before Peary, if so he was technically the first man to reach that point. Still, Henson's contribution was largely ignored by the main public hen they came back, but he was celebrated right away by the Black community for his work. It took 28 years following their expeditions for Henson to be admitted to the Explorers Club. In 1944, he finally received recognition for his efforts and was awarded several medals by Congress. He became an honorary member of the Explorer Club in 1948.
ON 14.2.15