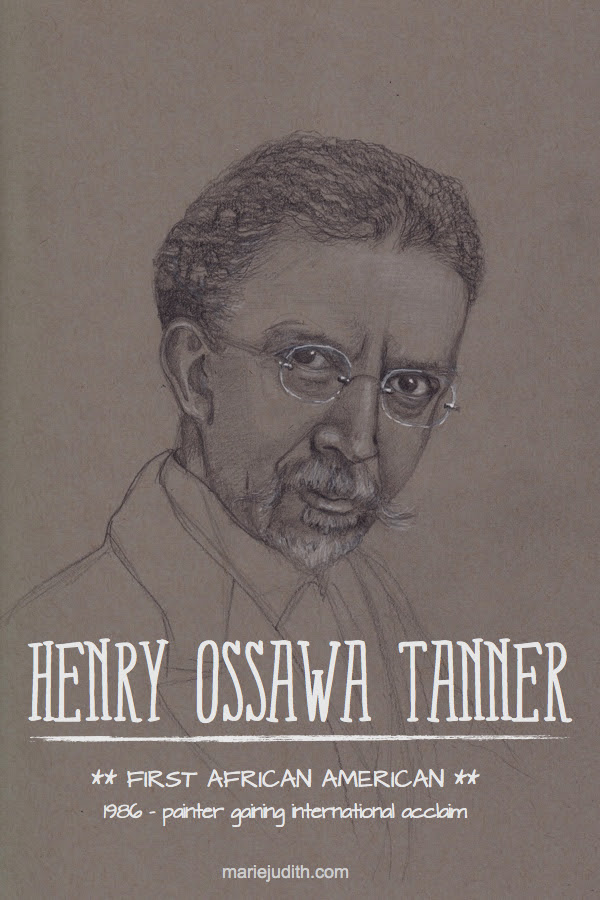 Henry Ossawa Tanner was the first African American painter to gain international acclaim in the late 1800s and early 1900s. He was the only black student at the Pennsylvania Academy of the Fine Arts and it was not always a pleasant position for him to be in. In his autobiography, The Story of an Artist' Life, he stated  that the racism he endured troubled him deeply while living in the United States. This pain led him take an opportunity to move to Paris where he felt more accepted amongst his peers. In his new home, he met and learned from several prominent artists. His popularity increased when he started to pain biblical scenes, and in 1986, Tanner got one of his paintings accepted at the official art exhibition of the Académie des Beaux-Arts in Paris. He maintained a successful career as an artist and was made Chevalier of the Legion of Honor in 1923, one of the highest honors in France.

Tanner is also the first African-American to have a painting, Sand Dune at Sunset, purchased for $100,000 by the White House for their permanent collection, during the Bill Clinton administration era.
ON 25.2.15