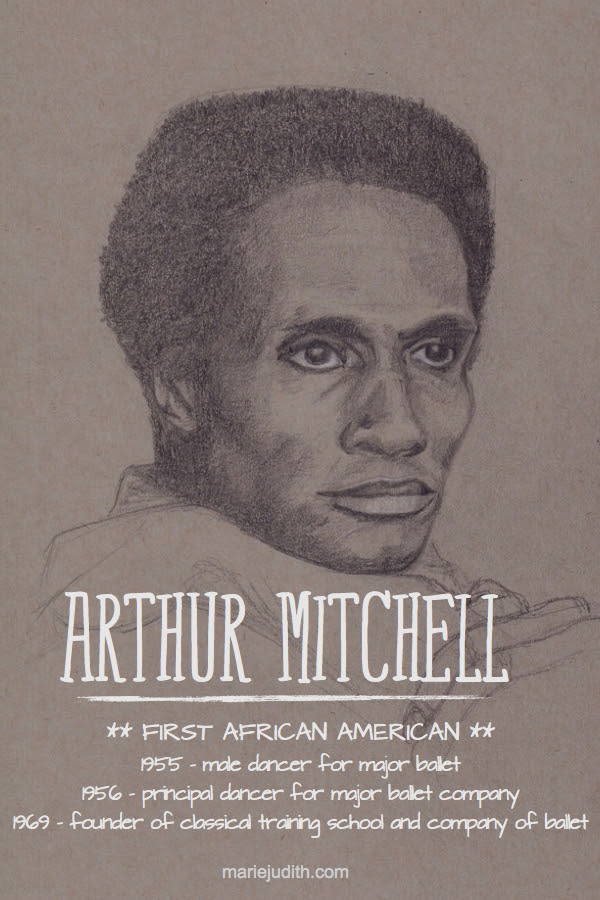 At a time, before the civil rights movement, when many believed that African Americans were not physically fit to become ballet dancers, Arthur Mitchell, an African American teen from Harlem got offered a scholarship by the co-founder of the School of American Ballet, Lincoln Kirstein. George Balanchine, a prominent choreographer originally from Russia, took Mitchell under his wings, went against the grain and not only did he teach a black man to dance ballet, he created leading roles specifically for him. When parents didn't want their child to dance with him because of his skin colour, Balanchine supported him and told these parents to take their kid out the school. He even refused to have his group perform on TV when he was asked to remove Arthur Mitchell from the group.
A couple years later, the death of Dr. Martin Luther King triggered in Mitchell the need to create the Dance Theatre of Harlem, the first of its kind, as a way to reach out to kids who didn't get the same opportunities he did as a ballet dancer. From its humble beginning in a garage, to a full fledged school with dancers touring around the world, Arthur Mitchell, through his hard work and dedication opened (and still is opening), doors for many dancers, adding more colour to the world of ballet and giving many the permission to live their dream of bringing something of beauty to the world through dance.