Ten Down Twenty to Go 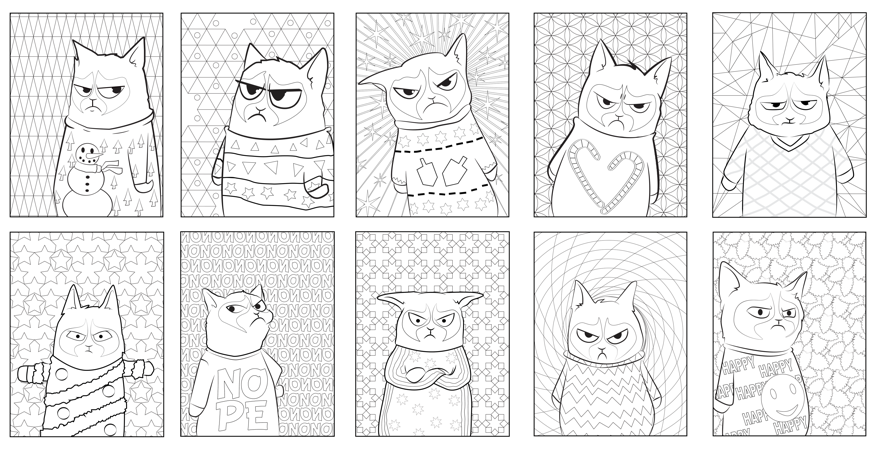 The challenge continues for the Grumpy Cat colouring pages. I now have 10 done and at least 20 more to go. It's definitely a challenge to come up with some interesting backgrounds and make sure they look different. It's a great way for me to practice patterns as well. I really like the latest one with the catnip plant leaves. To purchase the print, just check out my Gumroad page : https://gumroad.com/mjillustrates
No comments: Links to this post

I've been playing around a little more with my grumpy cat sketches and came up with four more colouring pages with fun backgrounds. The goal is to digitize all of them and create a colouring book. It will be an interesting experiment to conduct and I will finally be able to get that idea out of my head. In the mean time, each page are currently available on my Gumroad page for a dollar each. 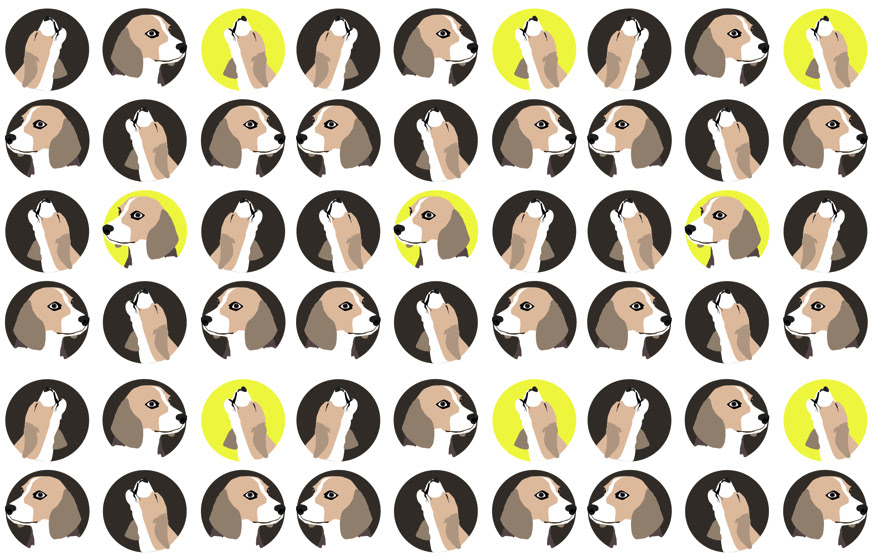 I recently joined Spoonflower to try my hand at pattern making. They have this really neat weekly contest where they give a topic and participants get to design a pattern based on the given theme. This week's theme is Beagles in honor of Miss P, winner of the best in show at the Westminster Kennel Club Dog Show. I wasn't sure I would participate as I couldn't think of something interesting, but today I thought of making Polka Dogs and this is the results. Their patterns are used for wall covering, fabric and gift wrapping paper. I think these would make a fun wallpaper. 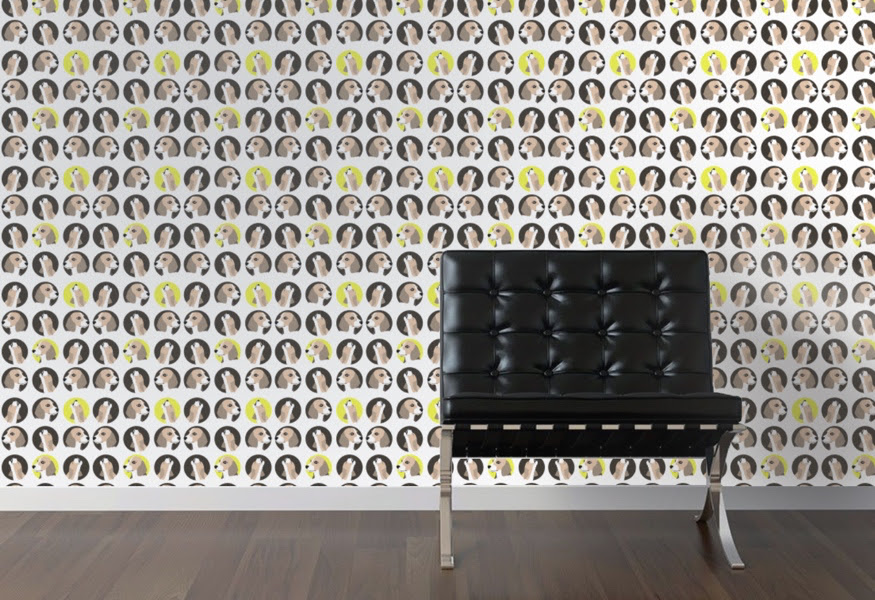 Colour Your Stress Away 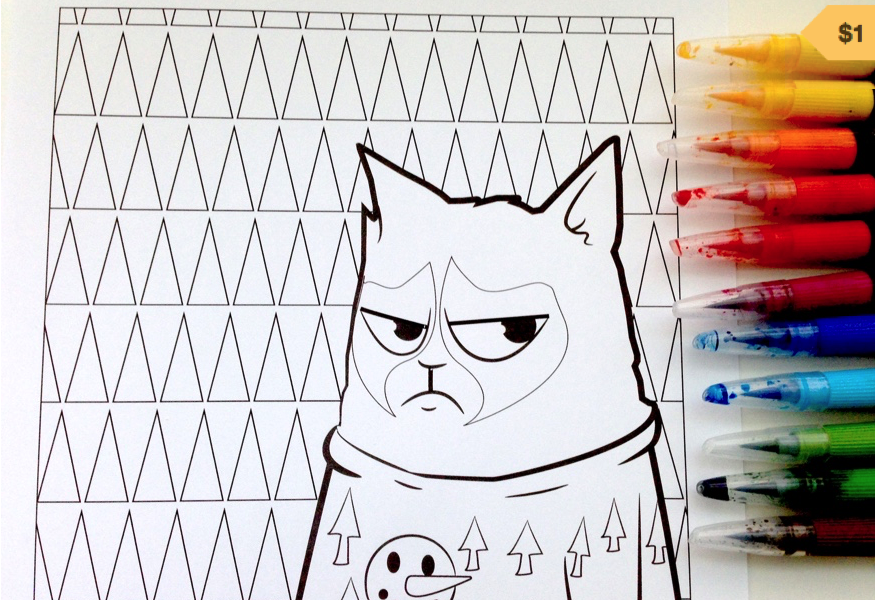 I know from experience that colouring is a very relaxing activity. In fact, according to an article in the Huffinton Post, Carl G. Jüng was the first psychologist to apply colouring as a relaxation technique. But for those who have not touched a colouring pencil in a while, a blank page might be a bit daunting. This inspired me to try a new project and create fun colouring printable pages as a way to help those who are looking to get rid of some stress and what better way to colour your stress away then by adding some colour to a grumpy cat. The first one, is a modified version of a drawing I did a couple months ago. I just uploaded it to my Gumroad page and you can download it for only a dollar, print it as many times as you'd like and add your spin on it. Hopefully it will help you get rid of some stress and put a smile on your face.

Email ThisBlogThis!Share to TwitterShare to FacebookShare to Pinterest
Labels: art for sale, Colour Your Stress Away, Grumpy Cat, Printables 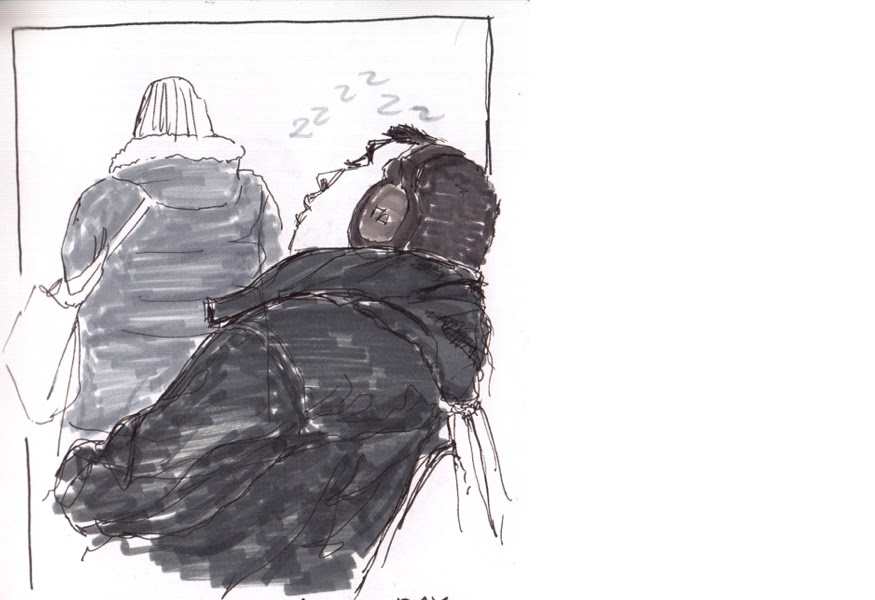 A couple weeks ago I started a new sketchbook and drew a couple passengers in the subway and streetcar on my way to various events and meetings. Above was this guy I drew while he was sleeping. It is one of the easiest subjects to draw because they don't move a lot so it gives me time to get more details on paper. 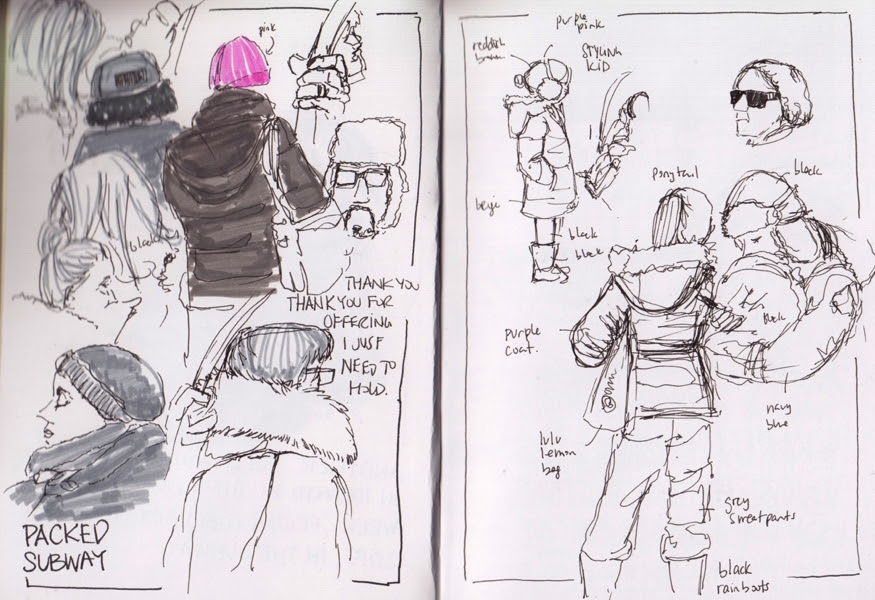 The subway was packed (top right) so I drew what stood out. I also like to take notes of what I hear every so often and also note down the colour of people's outfit so I can add it later.  This time I decided to keep most of the sketches in black and white, for now.  It's fun to see the various styles and what people chose to wear. It says a lot about their personality and mood. This little girl (probably around 7 years old) was wearing the cutest little outfit with pinkish earmuff. I had to sketch her. She looked so serious and focused. She barely moved while I sketched her. 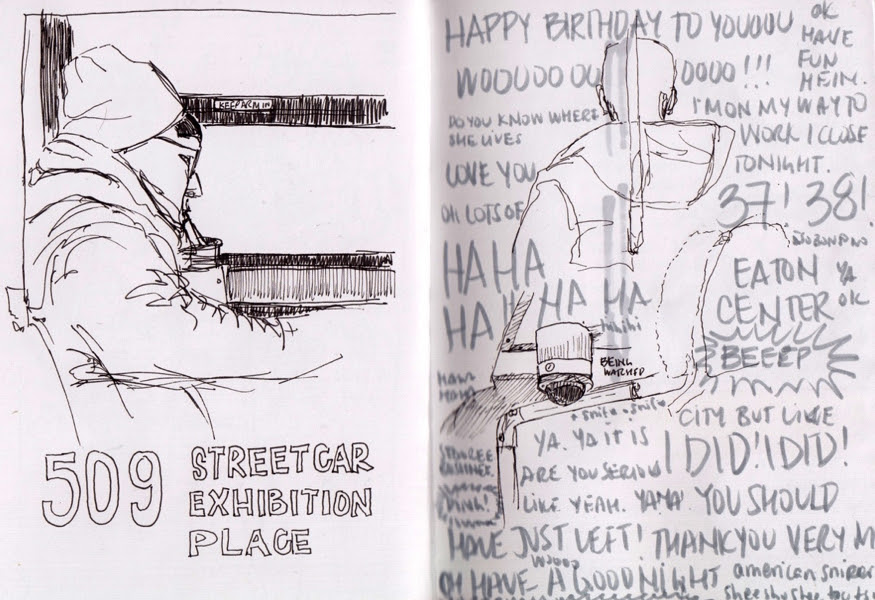 On my way back from the exhibition place, there were a lot of kids sitting in the back and the adults in charge didn't have much control over their volume. It made for an interesting ride. Some people were cringing, others were talking louder on their phone so the person on the other side could hear them. The sound took over the visuals so it felt more appropriate to write down what was going on instead of trying to sketch the crowd around me. After the kids left, I sketched a little more in the streetcar. By the time I got in the subway there was another loud conversation going so I added bits of it to my sketch as well. 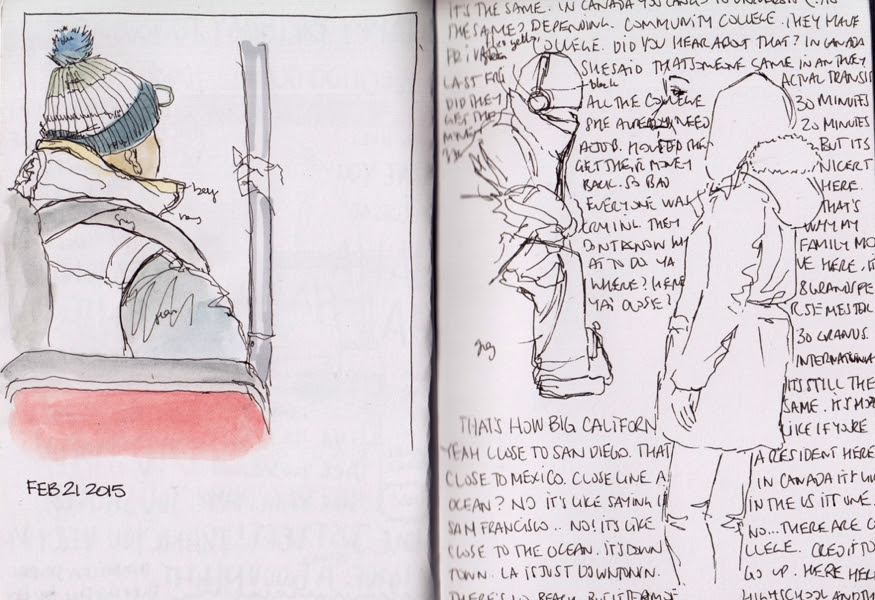 As I'm learning more and more from successful artists, it became clear to me that one of their common traits is the ability to produce a lot. Even while reading Arnold's biography, I realized how much work he put into his craft which made me take a look at how much work I do and realize that I could do a lot more. There's also a really good audio from Tai Lopez on YouTube entitled Be Prolific - Gulp Life, where he talks about the about the importance of producing on a high volume : Gulping life instead of just sipping. He also talked about how Pablo Picasso produced over 3000 pieces of art in his life. All this information inspired me to challenge myself to produce more. So, at the beginning of last month, I came up with the idea of creating a portrait of an important figure during black history month. I ended up creating 21. They took a little longer than I expected (about 3-4 hours each), but I managed to do one almost every day of the month. It was a great way for me to learn a little bit more about this part of history that I hadn't really paid too much attention to in the past. By taking the time to do a little research, I found new inspiration from people who, no matter what their obstacles were, figured out a way to live their dream and lead the way for many after them.

I've uploaded all the portraits on my Society6 profile (society6.com/mjillustrates), so if you're interested in buying a print there are quite a few options available.