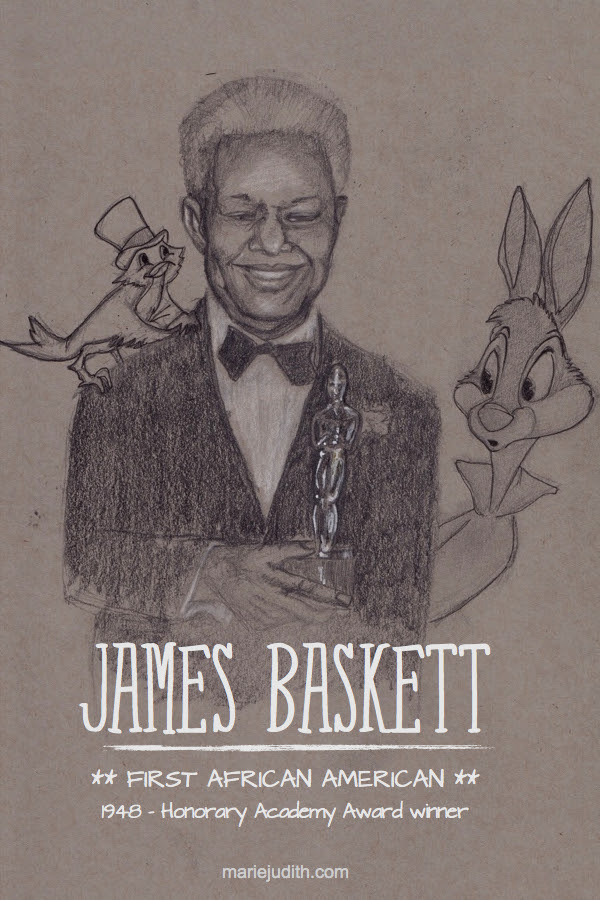 Born in 1904, James Baskett fell into acting at a time when being an actor was the type of job someone would get to pay their bills. He wanted to pursue a career in pharmacology but his lack of finance caused him to abandon school and moved to New York to become an actor. He obtained several acting roles in all-black films as segregation was still in place at the time. In 1945, he auditioned to be the voice for an animated character in Disney's featured film called Song of the South. But Walt Disney was so impressed with his skills that he hired him not only for the part he auditioned for, but also to be the part of Uncle Remus on screen.

The movie was controversial partly due to the level of racial tension at the time and the fact that some saw Uncle Remus as a demeaning character to African American. To this day, the has yet to be an official release of a home video version of the movie in the United States.

Baskett was not allowed to attend the film's premiere in Atlanta, which was racially segregated by law at the time. Still, many were impressed with his talent and two years after the release of the movie, he received an Honorary Academy Award for his performance as Uncle Remus. It is said that Walt Disney had plans to work on other projects with  him but sadly he died of a heart failure at the age of 44 a couple month after receiving his award.

Baskett was the first to sing Disney's the famous "Zip-a-Dee-Doo-Dah" song which won the Academy Award for Best Song in 1947. The song is still used in various Disney montage and theme park.