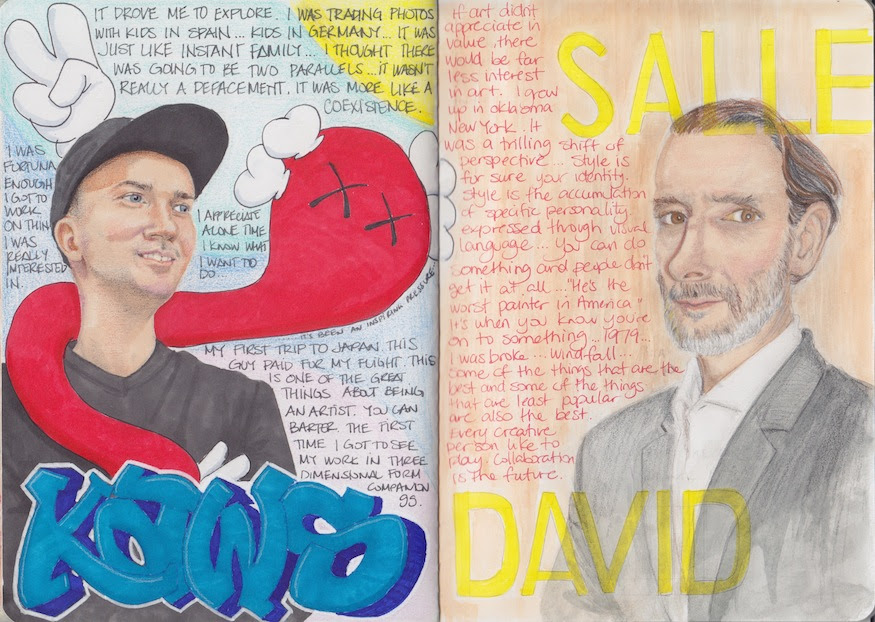 The Arst Tlk episode with Brian Donnelly (known as Kaws) and David Salle was interesting because I got to see and compared two different paths of the life of artists of two different generations:

Donnelly, born in 1974 in Jersey city, would take the train to Manhattan and create graffitis, which led to him traveling and meeting other graffiti artists from around the world and even trade his art for a trip to Japan. I know of his work because of people like Pharrell and Kanye West who bought his art. Pharrell has a giant sculpture of his in his Miami home (photos by The Shelby) and Kanye's 808 Album cover was his art.

Salle, born in 1952 in Oklahoma, raised in Wichita Kansas, moved to New York to pursue a serious career as a painter, but had to get various jobs to support his art until he became more established. His path is more traditional.

One thing I retain from this talk is the opportunities in bartering for artist. Definitely something I need to look into.