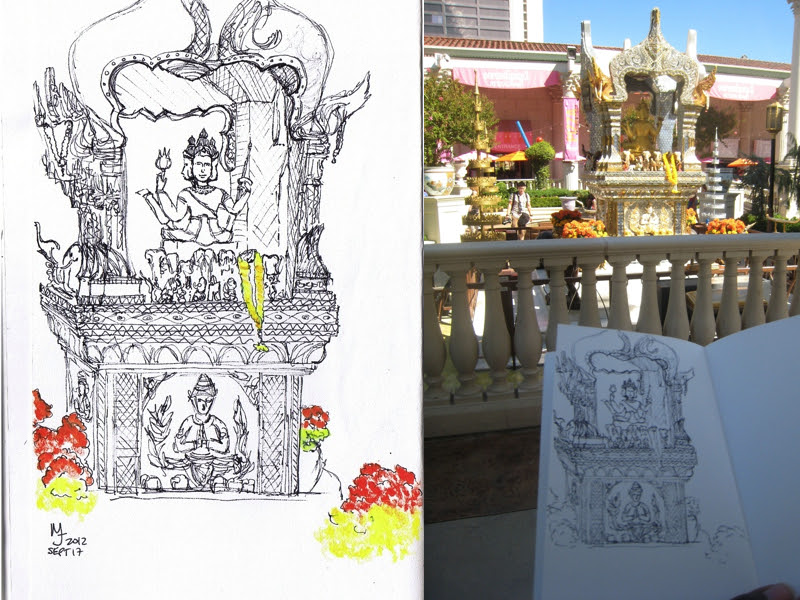 After I completed my drawing of one of the many entrances of Caesars Palace, I could smell encent. I didn't expect to encounter that kind of scent in Vegas, so I investigated. It didn't take me long to find a Brahma shrine, with praying podiums and burning encent surrounding it.  People would come around, light an encent stick and take pictures. From what I understand, Brahma is the Hindu god of creation.

First, I decided to draw just the statue. I found a larger shaded area and started sketching. Of course I ended up sketching much more than the four faced statue. It took a while because there are so many details, but it was fun to figure out. It's also interesting to realize how much more details you see when you take the time to draw something as opposed to taking a picture. It gave me a better appreciation of the benefits of sketching scenes like this. I noticed for example that elephants seemed to be an important part of the shrines. Not only were there four large elephant surrounding the entire structure, there was also a bunch of them surrounding the statue.