Michelangelo at the AGO

As a result of looking for new ways to learn and grow, over the holidays, I bought a one year membership to the AGO. I had partially visited the gallery only once before during a sketching event, and found out through peers, that people could sign up to become members of the AGO which gives them unlimited access to the gallery's permanent collection and a free ticket to special exhibitions.

My first visit as an AGO member was to go see the Michelangelo exhibition on the last day.... This is where I learned my first lesson : Avoid going on the last day, especially during the weekend. The place was packed despite the fact that we had to sign up to visit at a specific time during the day. Fortunately, I got to see a couple sketches and sculptures here and there. It was nice to see some of Michelangelo's architectural drawings and notes. Here is my top 5 takeaway from this exhibition: 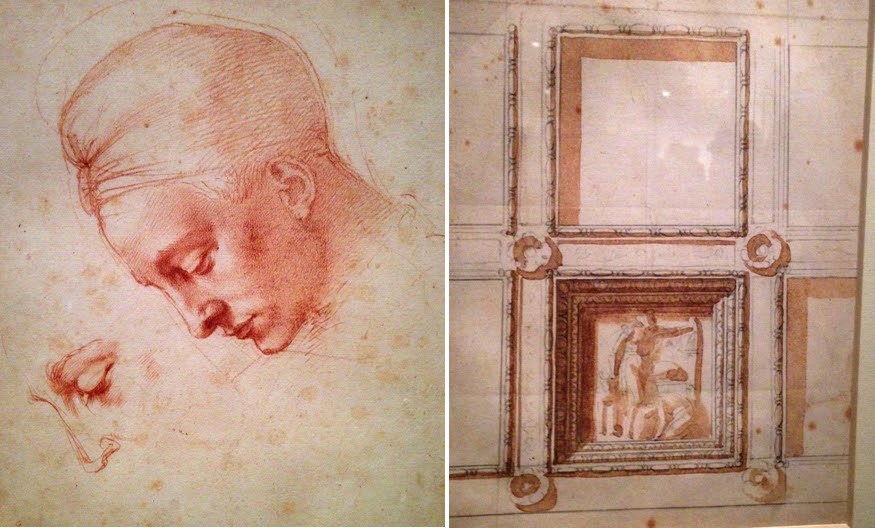 It was great to get to see some of the details of Michelangelo's work, shown above. I really like his hatching. It looks very precise and meticulous. On the right, the shading of an architectural detail shows very straight lines to showcase depth. It looks to me like he added the shades before drawing the detailed ornaments on top of the shaded sketch.

There was a lot of geometry involved in the his floor plans. Above are the plans for the Church of San Giovani dei Fiorentini on the left, and the plans for the Small secret Library of the Laurentian Library. Notice how symmetrical the floorplan on the right is. You can fold it in half on the horizontal and vertical axis and again across the diagonal and everything mirror each other. The triangular shape of the secret library is very intriguing, for some reason it reminds me of the Great Seal of the United States.

The next exhibition I'm really looking forward to is the one about Jean-Michel Basquiat. There were a couple teasers at the gallery including an original painting and a picture of Basquiat. Apparently the photographer was pissed that he came to the studio with his clothes covered in paint and someone gave him a clean jacket so that he would be more "proper" on the photo. I get the impression from his body language in the portrait  that he was not amused, specially considering the fact that he was not a fan of following rules. 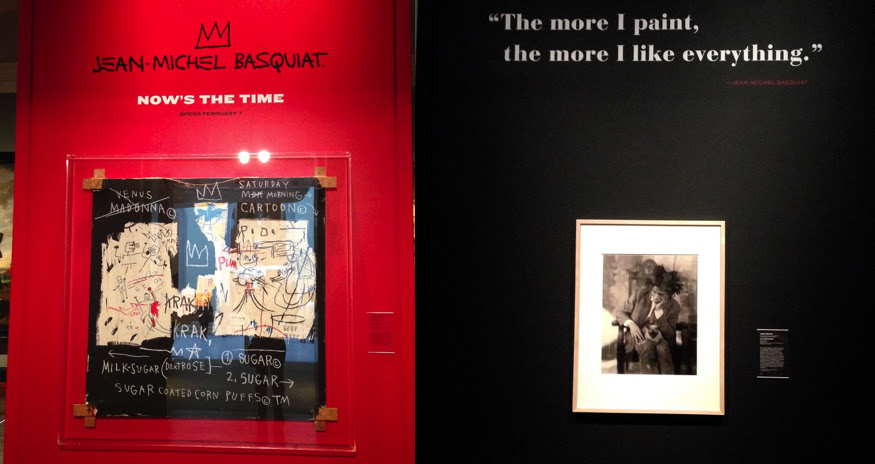 Email ThisBlogThis!Share to TwitterShare to FacebookShare to Pinterest
Labels: AGO, Gallery