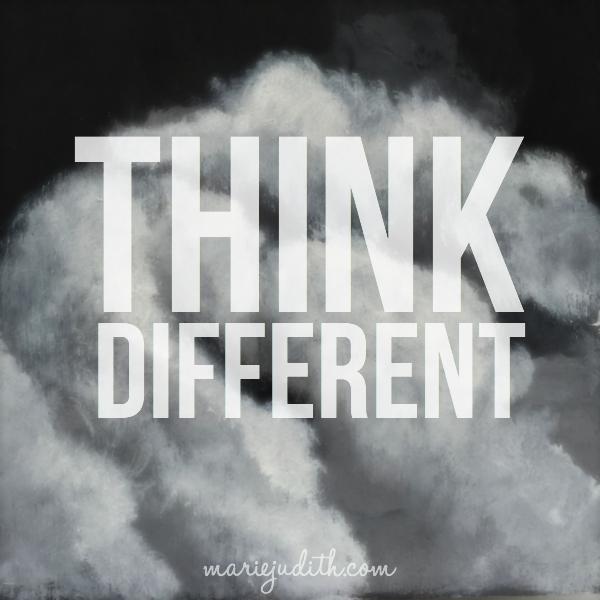 What does it mean to think different? To me, it means to think for yourself, with your own unique perspective, even though it may not follow popular beliefs. People who think different tend to be the ones who accomplish great things because they don't compete to be the fastest or cheapest at doing the same as everyone else. They don't compete, they create something new, something that has never been done before and many benefit from it. They create in a new category all to themselves, they innovate and they push boundaries.  When I think of people who think different I think of people like Elon Musk, Steve Jobs, Seth Godin, Gary Vaynerchuk, Michael Jackson, Missy Elliot, Eminem, Lady Gaga, Kim Kardashian, Kanye West, Oprah, Karim Rashid, Leonardo DaVinci, Sir Isaac Newton, Einstein, Picasso, Salvador Dali, Martin Luther King, Gandhi, and many more. They don't follow the norm, they follow their own intuition and bring significant changes around them. They are the ones others try to emulate years after the originators have moved on to something else .

It takes courage to think different because it also implies dissociating yourself from your tribe, your family, your coworkers, your community, your peers, etc. By doing so, you risk being cast aside for essentially threatening the status quo of that particular group. For example, think of the many scientists and doctors who ignore certain data because they fall outside of the established boundaries. They won't even talk about it because it would upset their peers and they could be ridiculed for thinking different. Thinking for yourself is a rebellious act that might get you expelled. Yet, it's the only way to move forward and innovate.

Where do you tend to think differently then your peers? 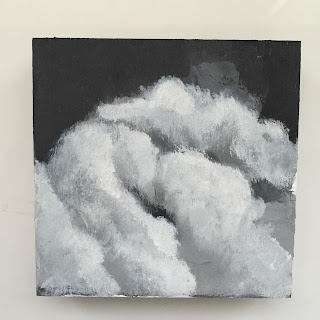 Cloud 02 is the second of my series of intuitive cloud painting. In this one I see a funny cartoon character with a long round nose and bushy eyebrows and prominent chin. It wasn't planned, it just appear and that's they main image I see whenever I look at this painting.

What do you see? 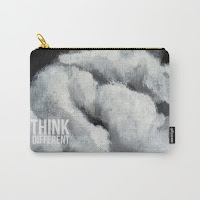 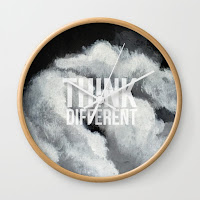 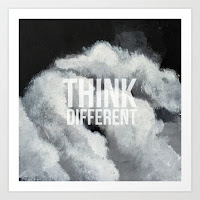