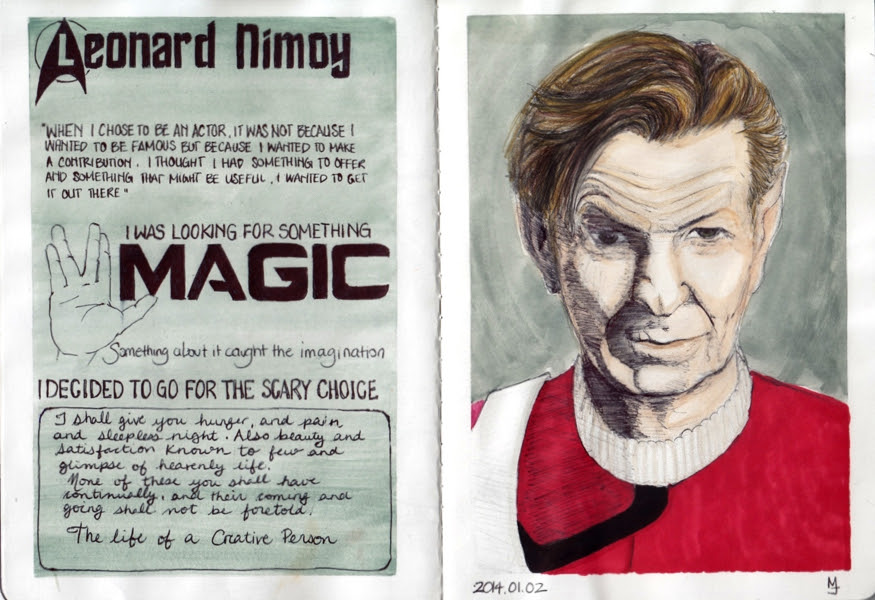 Last year, a friend of mine introduced me to a YouTube series called Artst Tlk, hosted by Pharrell Williams. It's a show where he sits down and casually talks to various successful artists about their life's journey. Being someone who loves to learn from other people's experiences, I was hooked. I watched all the video's that were available in one sitting. It's a rare opportunity to hear and learn about the guests' respective art from the source.

The latest episode was with Leonard Nimoy, the original Mr Spock, from Star Trek. I learned quite a bit about him and his work. I had no idea he was also a really good photographer with inspiring concepts. He also had a lot of interesting things to say about what inspired him, his vision, his process and what the future holds for him. It inspired me to create a sketchnote of the episode, summarizing what I took away from this interview.