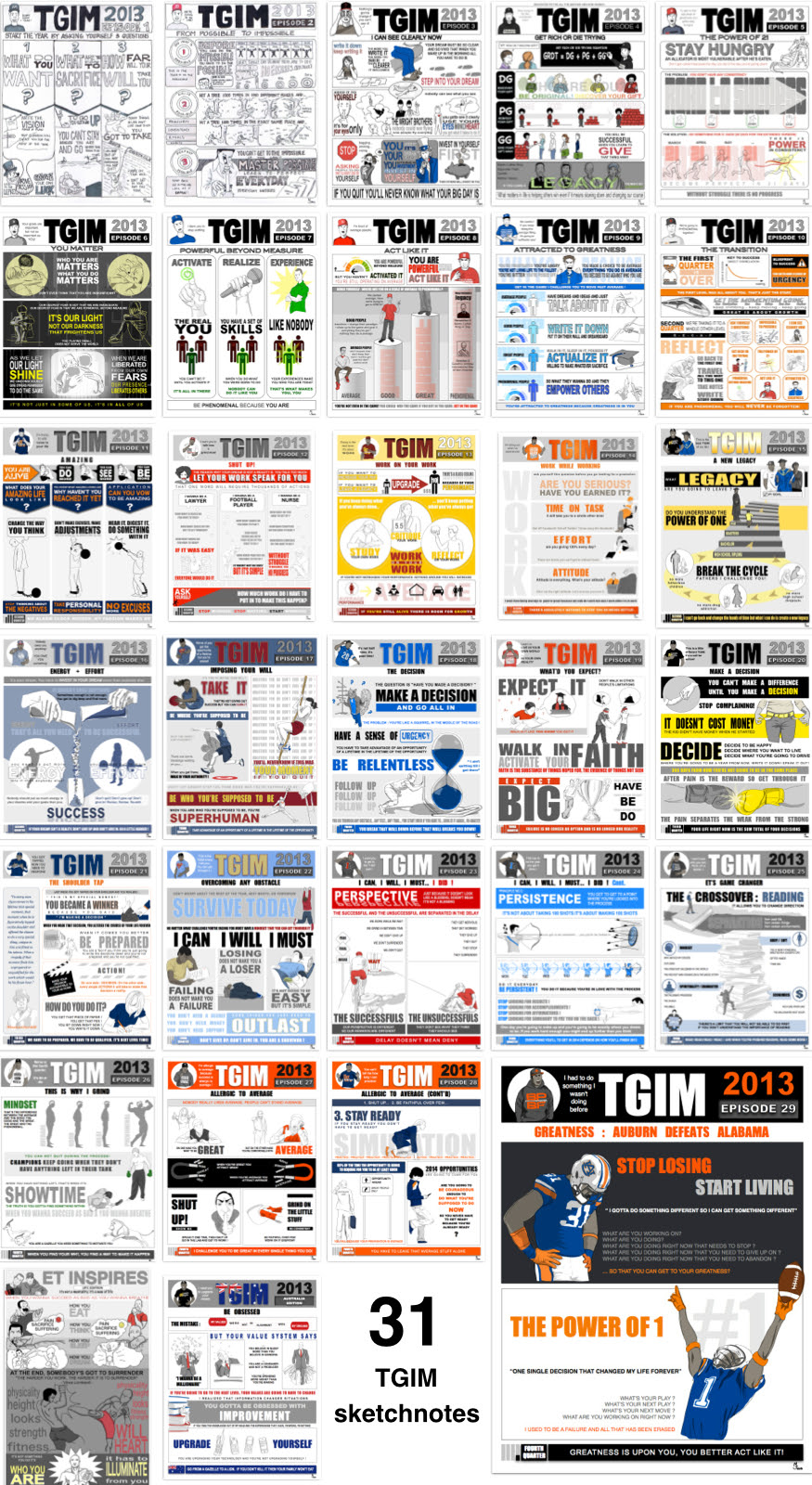 Towards the end of 2012, I discovered ET's videos about the guru. And like most people who discovered ET, I was hooked. I found his channel and saw a whole list of TGIMs videos and started listening to them and taking notes. Trying to catch up from the very beginning. It was great because I was seeing his evolution as I was watching the videos and the various stages of success. I couldn't help but being inspired. And then I saw the Egypt video. "Woot!" I thought,  "I need to take this a little more seriously".  So I made a commitment to myself at the end of  2012 to not only watch all the new TGIMs for 2013 but to also take notes so that I absorb the information better and apply what ET suggests.

Since I'm more of a visual person, my notes looked more like sketchnotes. I thought if I cleaned them up a bit I could post them online and share my thoughts at the same time. So I did. To my surprised ET saw it and retweeted it. The following week, another sketchnote posted online, another retweet by ET and people telling me that they really like my sketchnotes and are looking forward to the next one. Not only had I made a commitment, but now I had unknowingly found virtual accountability partners. So I happily obliged. I started using a new drawing program and the sketches got better. ET's portrait evolution below can attest to that. 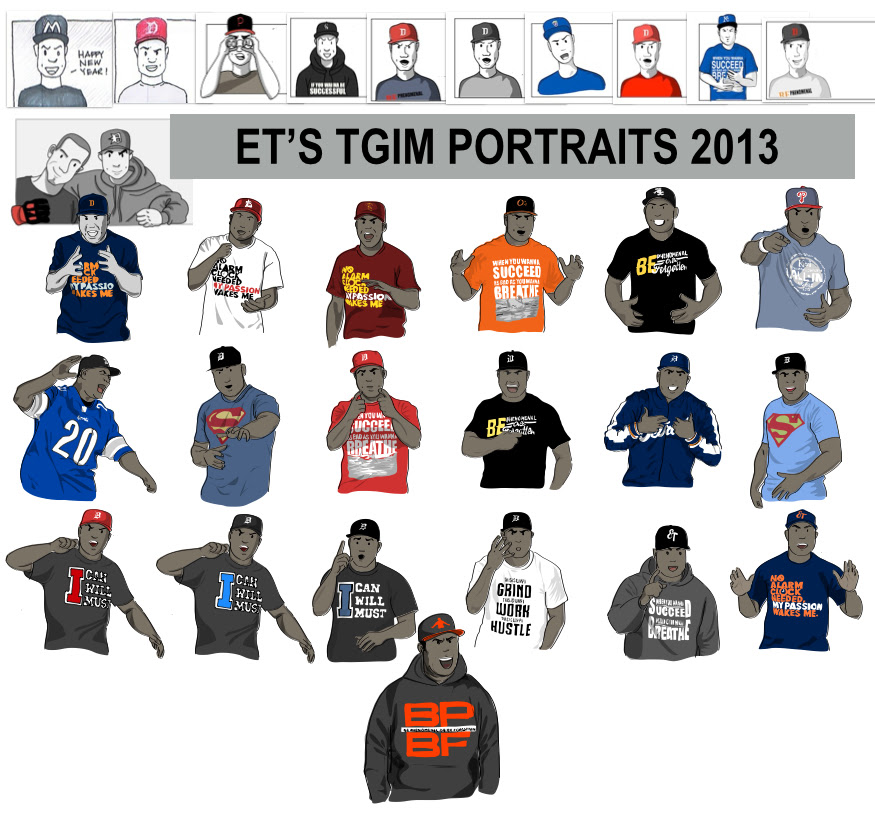 A lot has improved for me since I started this project earlier this year. I put myself in "miracle territory" and move to Toronto, read more books, met a bunch of great artists in the city, started the Toronto chapters of Urban Sketchers, participated to the Urban Sketchers Symposium in Barcelona, adopted my first puppy, and got a couple illustration contracts. It's great to see what you can do when you put your mind into it. There's still much more for me to do. I have tons of project ideas in mind as I'm narrowing toward what I'm supposed to do and how I can contribute. This year has been a great one and I'm looking forward to make 2014 even better.
ON 30.12.13