There is no lack of things going on in Toronto. It's seems like no matter what you're into you'll find an event to go to. I found out the day before that the Caribana Parade was going on this weekend and decided to take the opportunity to practice some of the things I learned during the symposium (i.e. people in motion and watercolors). I've always heard of the Toronto Caribana but I had never been to one before. It's a huge event spread over multiple days and attracting over 1 million tourists every years. In order to make sure I had a good point of view to do some sketches, I bought a ticket to see the parade from the Exhibition Place and have a seat. 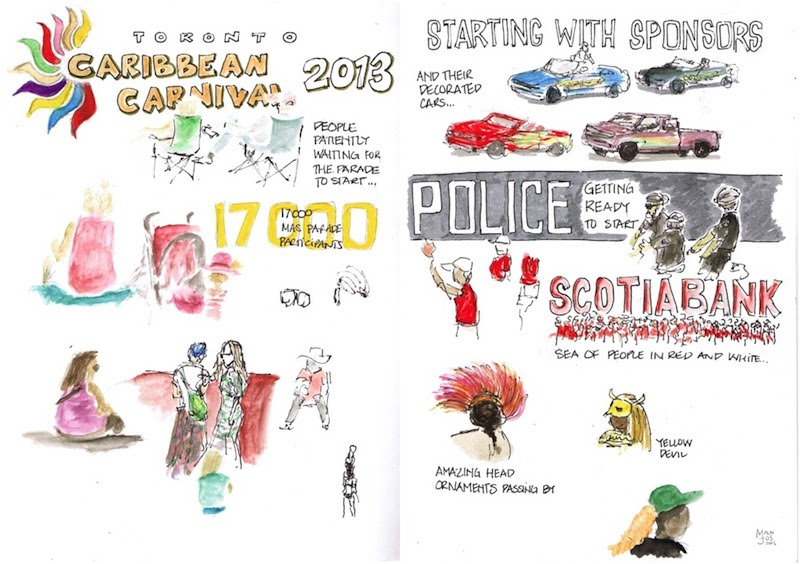 The announcer said that there was an estimated 17,000 participants to the parade. While spectators were settling in and the participants were gathering, I started to sketch the people around. It was fun to see people in all kinds of costumes and masks walking around. You don't get to see that many color around you on a day to day basis in North America. The three girls in bright blue in the bus on the way there made the bus driver's day. He was smiling ear to ear.

The parade started with the sponsored cars that were decorated for the occasion. Then  a group of police officers headed the march followed by a sea of people in red and white from Scotia Bank. It was quite a scene to witness. 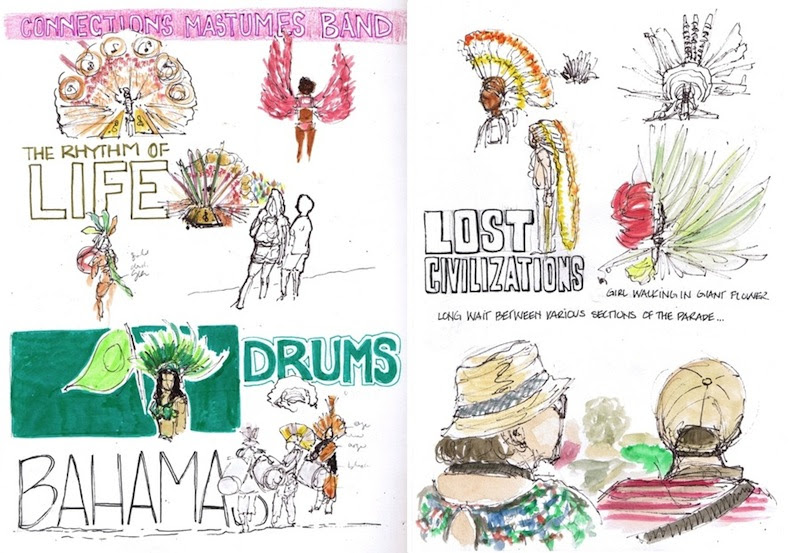 I learned that each Mas band (which is what they call each group of people in costume parading) have their specific costumes created based on a chosen theme. These bands are like little companies with their own band name. They each have their own website where anyone can apply to be part of the group and order their own costume to participate to the parade. Some of the costumes are very elaborate and creative. They must have required quite a bit of time to put together. I didn't realize how serious of a business they could be. 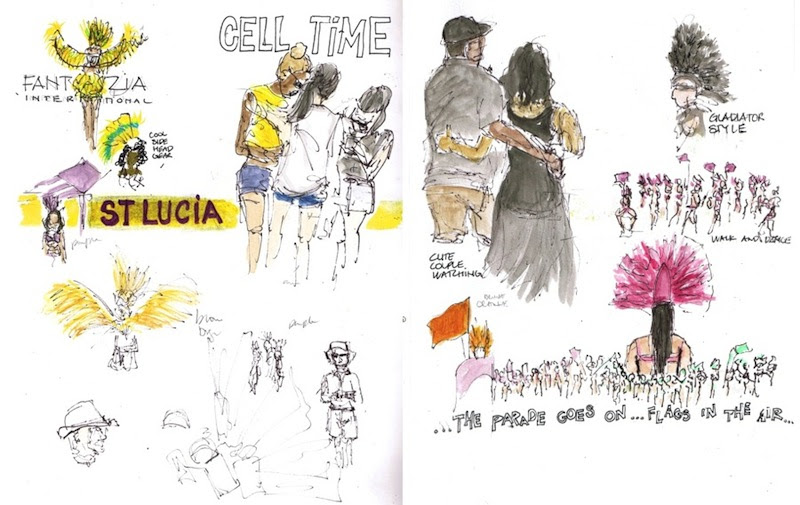 I used the breaks between the mas bands as an opportunity to draw the spectators and see  who was coming to the event and what everyone was doing as well. Yesterday was the perfect day for such an event : Hot and sunny.  I realized that in order to really enjoy the event on such a sunny day, you need to be prepared and bring a hat or umbrella for some shade as there was not a lot of available shaded areas. So despite having available seats, many of the people who did not bring a hat or umbrella sat under the few available trees. 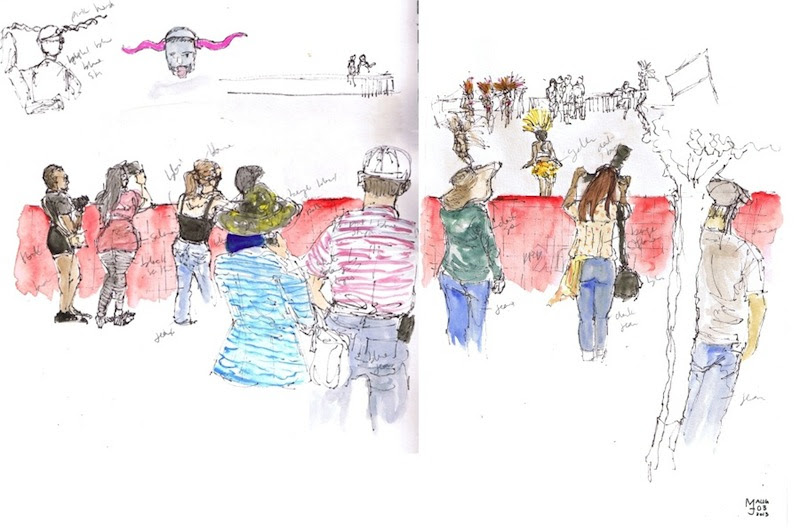 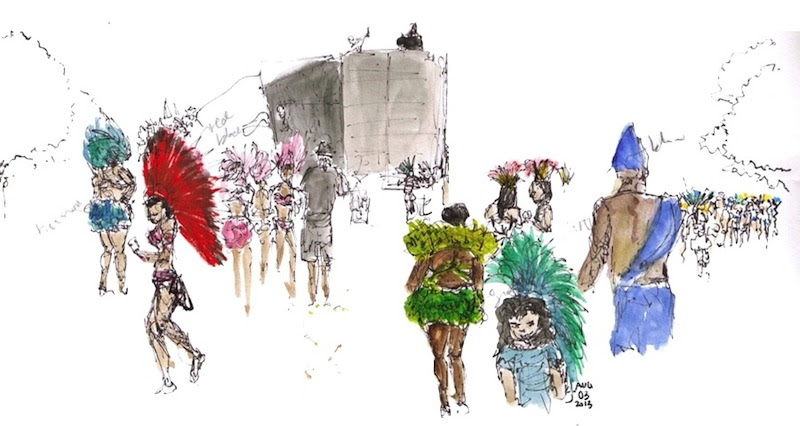 After a couple hours, all the bands headed off to Lakeshore Blvd to continue their parade and I decided to call it quits, as I was getting a little tired. But it was a great first experience and I'm looking forward to try this again next year, hopefully with fellow urban sketchers.
ON 4.8.13