Looking back at more urban sketches from Montreal 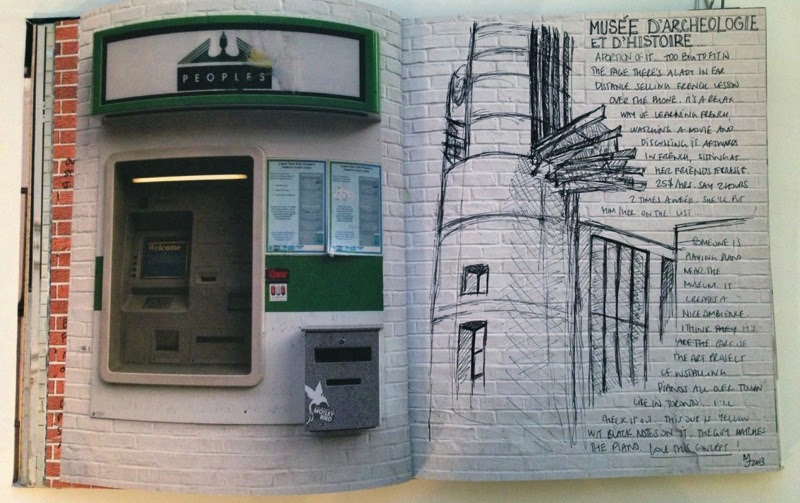 Before the symposium in Barcelona, I tried to draw the museum of archeology at the Montreal Old Port but ran out of space. It has a rather tall tower in the front part of it. Now that I've taken the urban sketcher workshop with Richard Alomar, I know that a quick 30 second thumbnail sketch would have helped me better positioning my subject before hand so that it would have fit better. 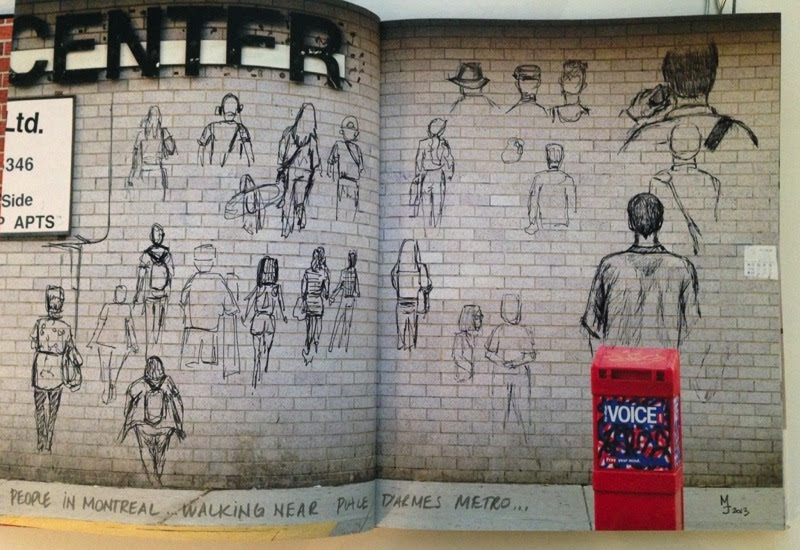 It's always a fun challenge to draw people in motion. So while I was waiting near the Place d'Armes metro for my next meeting, I drew a couple people walking around. Notice they are all drawn from the back? For some reason wasn't comfortable drawing random people from the front (I'm still not). But I learned from the workshop by Mike Holmes  that there are couple games that I can play to practice drawing people, like drawing people going down escalators. They are less likely to move as much and you still have a finite amount of time to draw them. 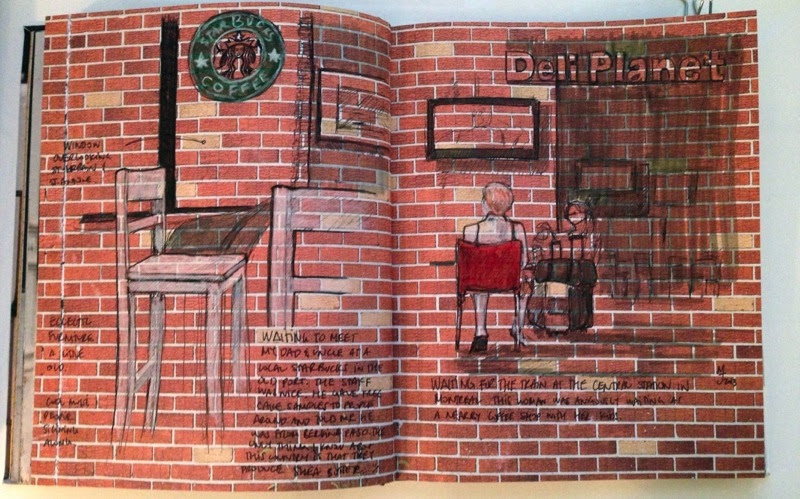 I also drew some furniture pieces at a Starbucks before a meeting I had (shown on the left). It's not easy to draw on top of the red brick walls. I used a white charcoal pen to make the chairs more visible because it was had to see them before, and I used makers to add colors here and there.

Before heading back home by train, I drew a woman waiting with her kids at a little restaurant inside the station (shown on the right). I realize now that I had chosen a "hero" of my story as Marina and Ea taught us in their workshop. It makes for a more interesting sketch.

It's fun to see how I can improve my sketches based on what I learned in Barcelona compared to what I used to do. There is so much great things  to draw in the Old Port of Montreal. I'll definitely bring my sketchbook next time I'm in town.
ON 17.8.13