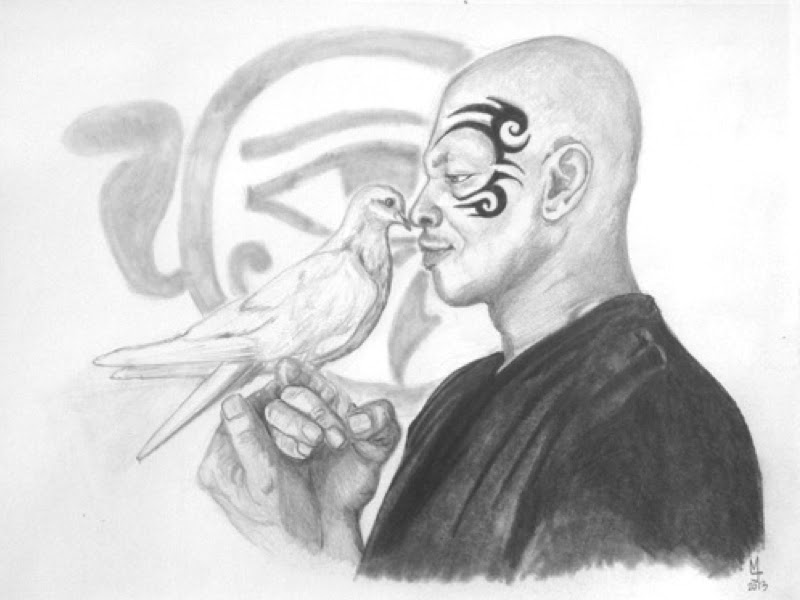 For the animal connection portrait No 18, I decided to draw Mike Tyson with a pigeon (based on a portrait by photographer Paul Mobley), which I believe is his favorite animal. He actually had a show on Animal Planet about pigeons called Taking on Tyson. He's an interesting man. I hope to get a chance to see his show Mike Tyson Undisputed Truth at some point.  I first heard about it on the Joe Rogan Experience Podcast and it sounds interesting. It's just him talking about his life. I'm sure there are a lot of valuable lessons to take from him.

I'm also fascinated by his face tattoo. It's bold and unique. After doing a bit of research on it, I found out that it's inspired by Māori tribal tattoos called Tā moko. Not that he planned on it, apparently his tattoo artist convince him to get this design as opposed to a bunch of heart in his face. Good thing he listened to the artist!