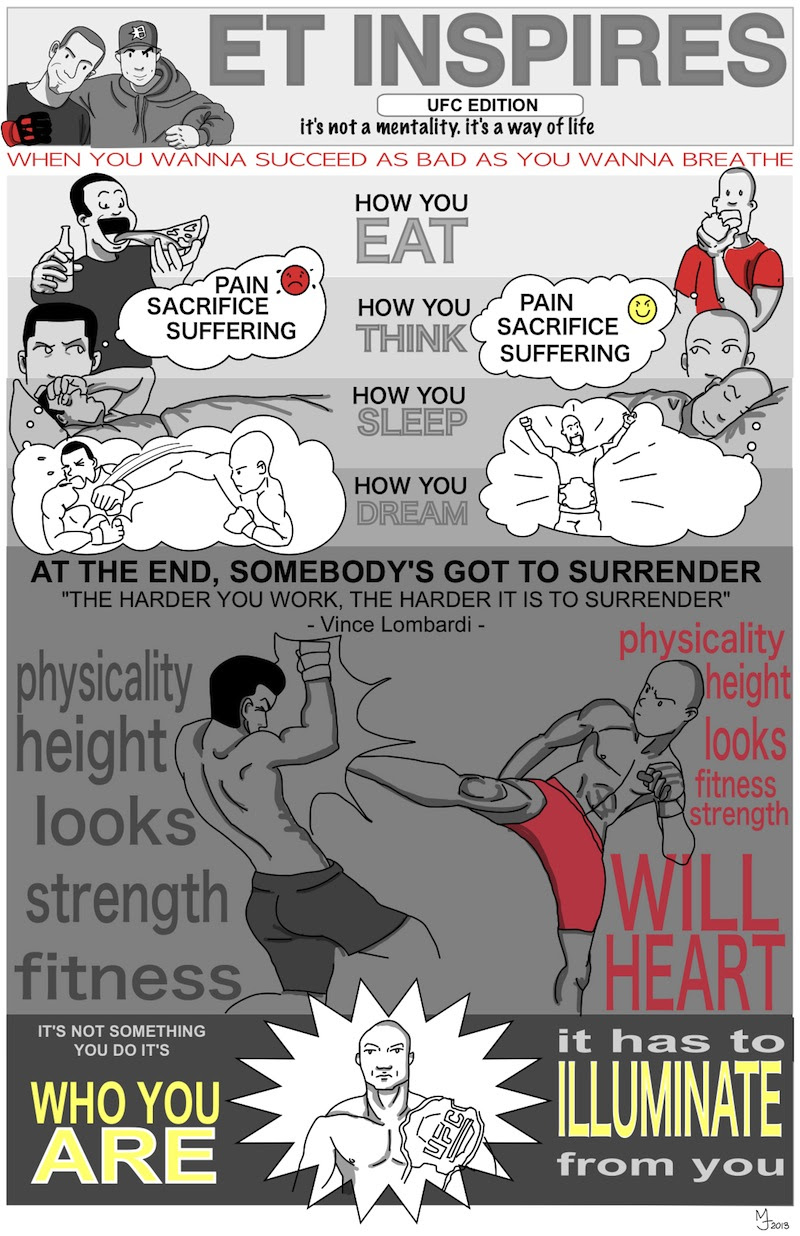 This week instead of the regular TGIM, ET posted a speech he did  to inspire Anthony Pettis and his UFC mates. Following the instructions from the second episode, I decided to go back in the lab to perfect my possible. In my case it meant drawing the skechnotes  using a software instead of scanning a hand drawing. So this is my first attempt at improving my sketchnotes.

Although this talk was geared toward MMA fighters, there's a lot of info you can take with you even if you're not aspiring to become a MMA fighter.  ET defined what it means to "want it as bad as you wanna breathe": Its not a mentality, it's a lifestyle.

Everything I know so far about UFC and MMA, I learned from listening to the Joe Rogan Experience podcast. And someone who's a good example of turning this mantra into a lifestyle when it comes to MMA is most likely Anderson Silva, aka The Spider : One of the greatest  fighters of all time. Out of 37 fights, he won 33 of them! He holds a black belts in each of the following disciples :  Muay Thai, Brazilian Jiu-Jitsu, Judo and Taekwondo, plus a yellow belt in Capoeira! There's no question the he is the best at his craft and he embodies it in his day to day life.

On a side note, if you're into MMA, you might want to listen to the JRE # 316 with MMA fighter Enson Inoue. You'll get to hear real life example of someone who wants it as bad a he wants to breathe.  He was always willing to die rather than tap out and almost did. If it wasn't for the doctor stoping oen of his fight and his coach keeping him from trying to get up, he probably would have died. I think that's the type of dedication ET's talking about...