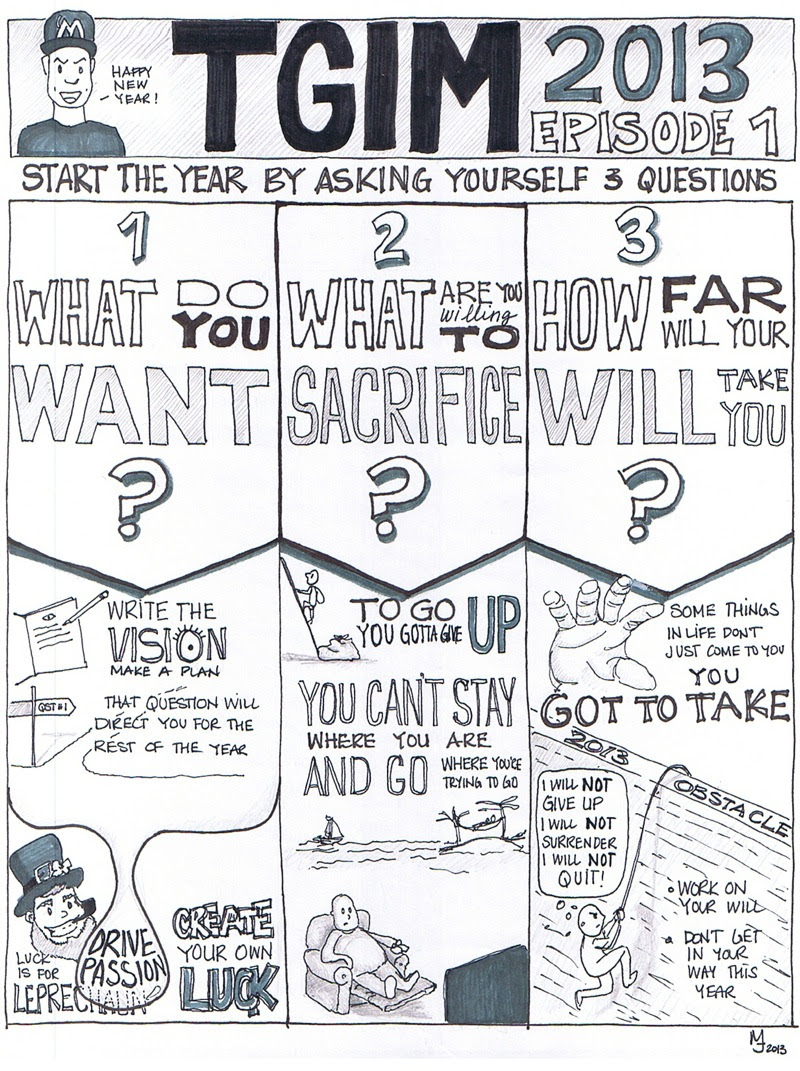 I like to watch Eric Thomas's video series ,TGIM, that I discovered last year. There's a lot of good advices to take from his videos and to implement in everyday life for just about anyone. By watching all the old episodes it was really neat to witness the improvements in his own life, as he's been doing these series for a couple years now. Yesterday, he started a new season and I decided to create sketchnotes from each episode as a way to fully take in the information he's providing, but also to draw more and to share that valuable information. The first episode is about starting the year right. Instead of making a resolution list for 2013, answer these three questions :
ON 15.1.13